After 6 months of extensive training and learning, Beyond Volley is officially a club recognized by USA Volleyball

Beyond Volley Director, Leti Valdez, together with Beyond Soccer leaders, and alumni, determined that this Club pathway through USA Volleyball was necessary.

Club players play from December 1st through late April/early May, including practicing up to 4x per week, with as many as 4-6 games on weekends, depending on tournament schedules.

We also love that per USA Volleyball requirements, players are required to referee, run the scoreboard and call the lines of other matches while not playing. That focus aligns well with Beyond Volley’s mission that incorporates on and off-the-court leadership, health, and academic components into everything it does. The girls also get to appreciate referees and the value of good sportsmanship.

There are so many talented players in Lawrence who deserve every opportunity to take their skills and passion for the game to the next level. USA Volleyball affiliation, which included months of training and certifications, means increased exposure to different volleyball environments and competition. It presents an avenue where colleges, near and far, can see players in action. Sure, club sports can be extensive, including gym rentals, insurance, registrations, equipment, and extra travel expenses, but that is why Beyond Volley (and Beyond Soccer) exist; to ensure these quality play opportunities are possible!

Also, Club players, because they are part of Beyond Volley’s year-round model, benefit from fitness in our Beyond Fit indoor space, additional mental health and goal setting support through Beyond Fit and Balanced, and also get access to tutors to help them in school or advise related to career and college pathways!

Do you know our Club participation only costs $40/month, which is probably the lowest Club program in the country. Players are required to give back on the courts, coaching younger kids, but that’s what our mission is all about! 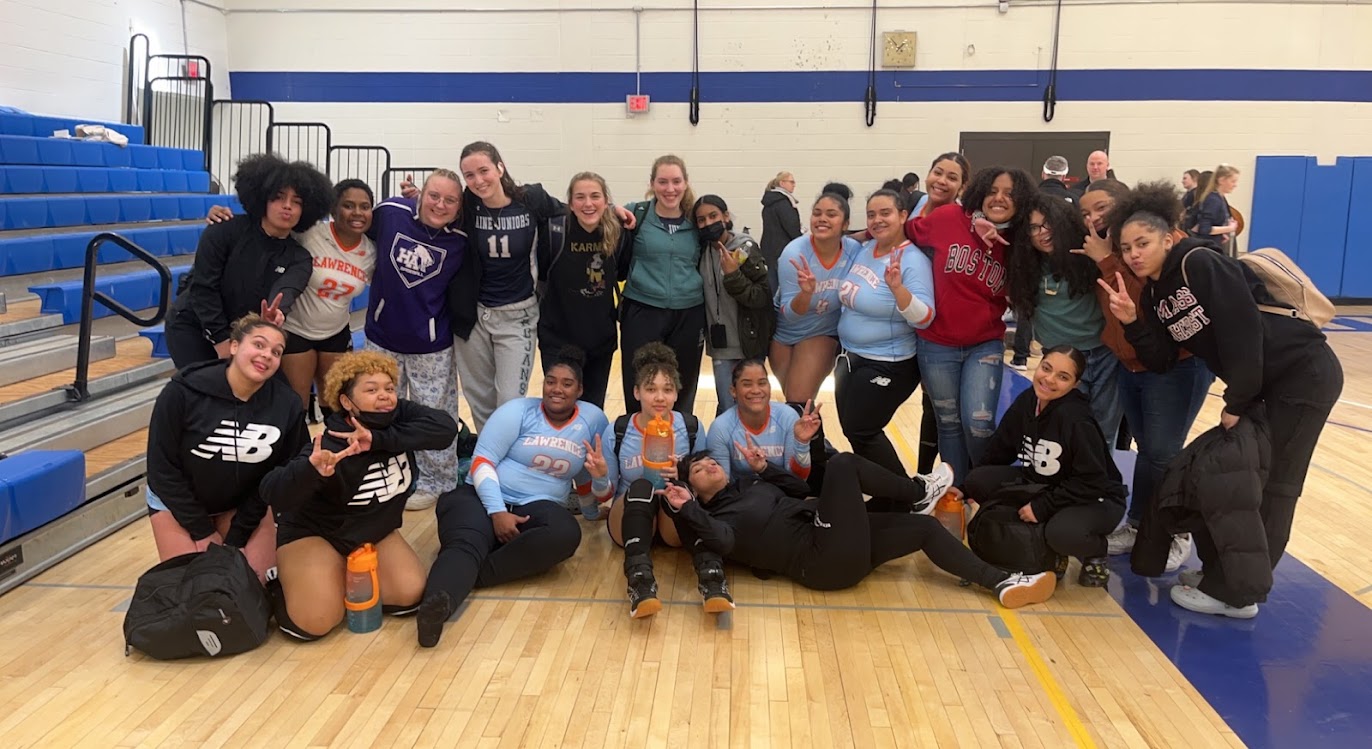 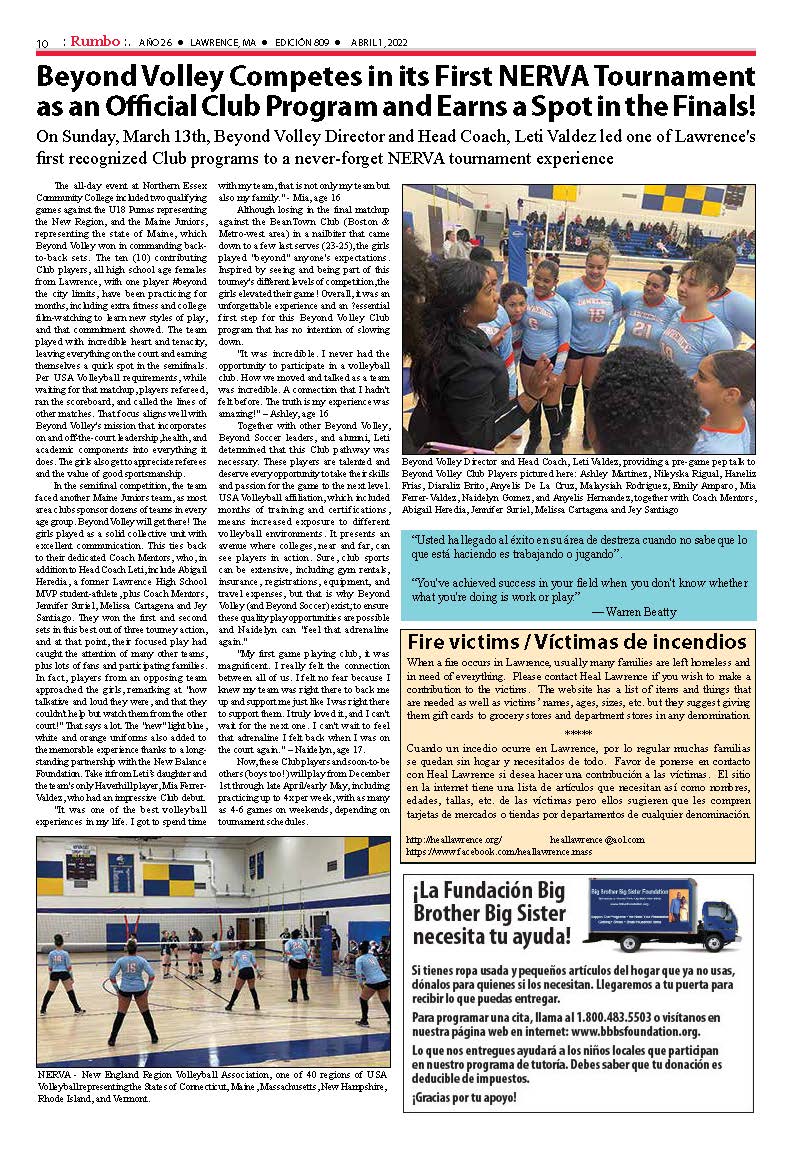 The all-day event at Northern Essex Community College included two qualifying games against the U18 Pumas and the Maine Juniors, which Beyond Volley won in commanding back-to-back sets. The 10 contributing high school Club players practiced for months, including extra fitness and college film-watching and their commitment showed. The team played with incredible heart, leaving everything on the court and earning themselves a quick spot in the semifinals.

In the semifinal competition, the team faced another Maine Juniors team, as most area clubs sponsor dozens of teams in every age group. Beyond Volley will get there! The girls played as a solid collective unit with excellent communication. This ties back to their dedicated Coach Mentors, who, in addition to Head Coach Leti, include Abigail Heredia, a former Lawrence High School MVP student-athlete, plus Coach Mentors, Jennifer Suriel, Melissa Cartagena, and Jey Santiago. They won the first and second sets in this best out of three tourney-event, and at that point, their focused play had caught the attention of many other teams, plus lots of fans and participating families. In fact, players from an opposing team approached the girls, remarking at “how talkative and loud they were, and that they couldn’t help but watch them from the other court!” That says a lot. The “new” light blue, white and orange uniforms also added to the memorable experience thanks to a long-standing partnership with the New Balance Foundation.

Although losing in the final matchup against the BeanTown Club in a nailbiter that came down to a few last serves, the girls played “beyond” anyone’s expectations. Inspired by seeing and being part of this tourney’s different levels of competition, the girls elevated their game! Overall, it was an unforgettable experience and an essential first step for this Beyond Volley Club program that has no intention of slowing down.