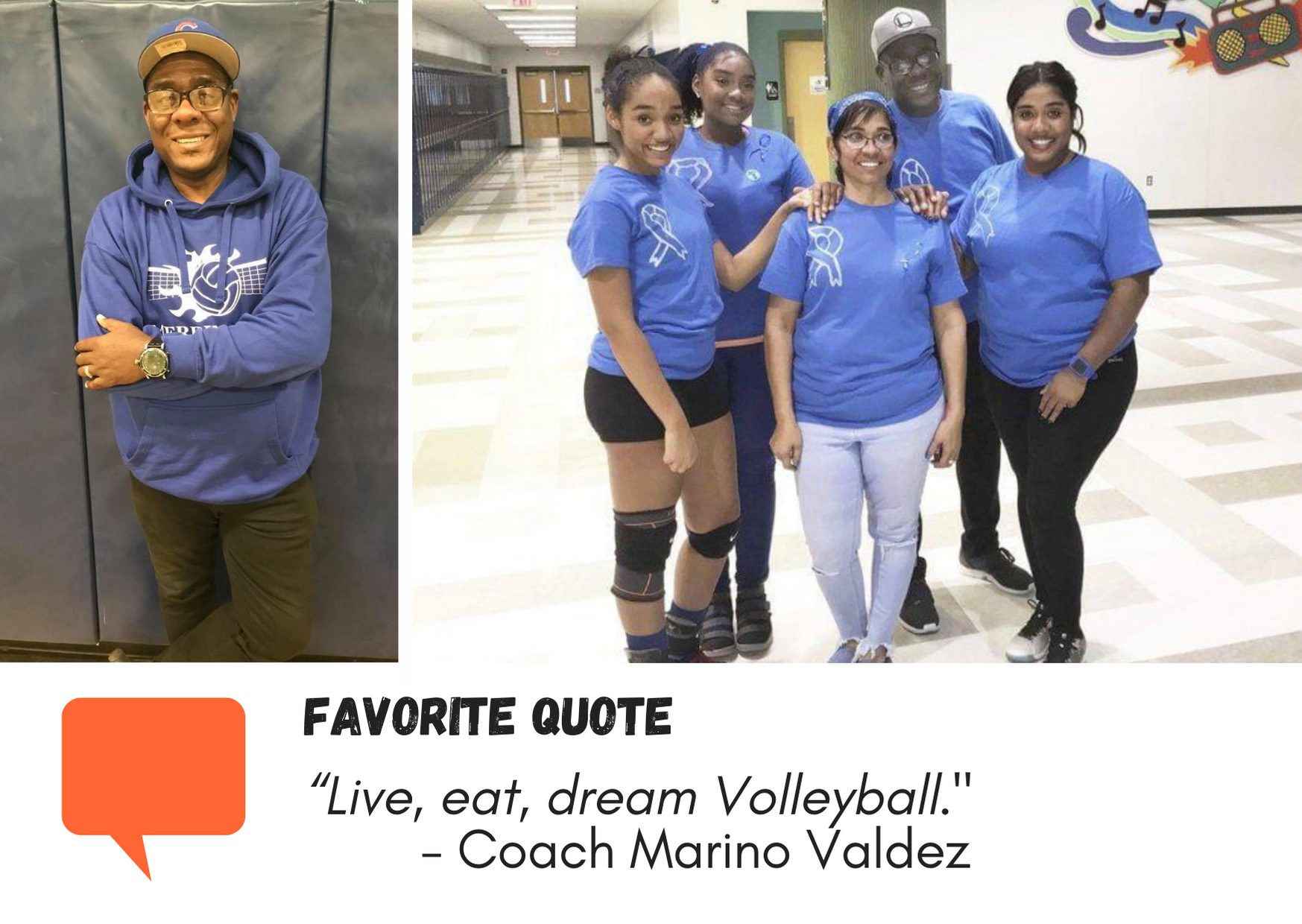 Director of Beyond Volley Programs

Marino grew up in the Dominican Republic in a family of athletes. He and two of his brothers played for the national team! After moving to the U.S., he became coach of the Lawrence H.S. volleyball team and led the girls to an MVC championship. Coach Valdez was awarded coach of the year without being able to speak English!

Why he coaches: "Being able to help young people become better citizens, athletes, children, professionals, but above all, to keep them out of trouble."

Fun fact: "When I was 22 years old I got to fill in as a coach for my oldest brother‘s company volleyball team. It’s where I met 21-year-old Raiza, who a year later would become my wife of over 30 years!" 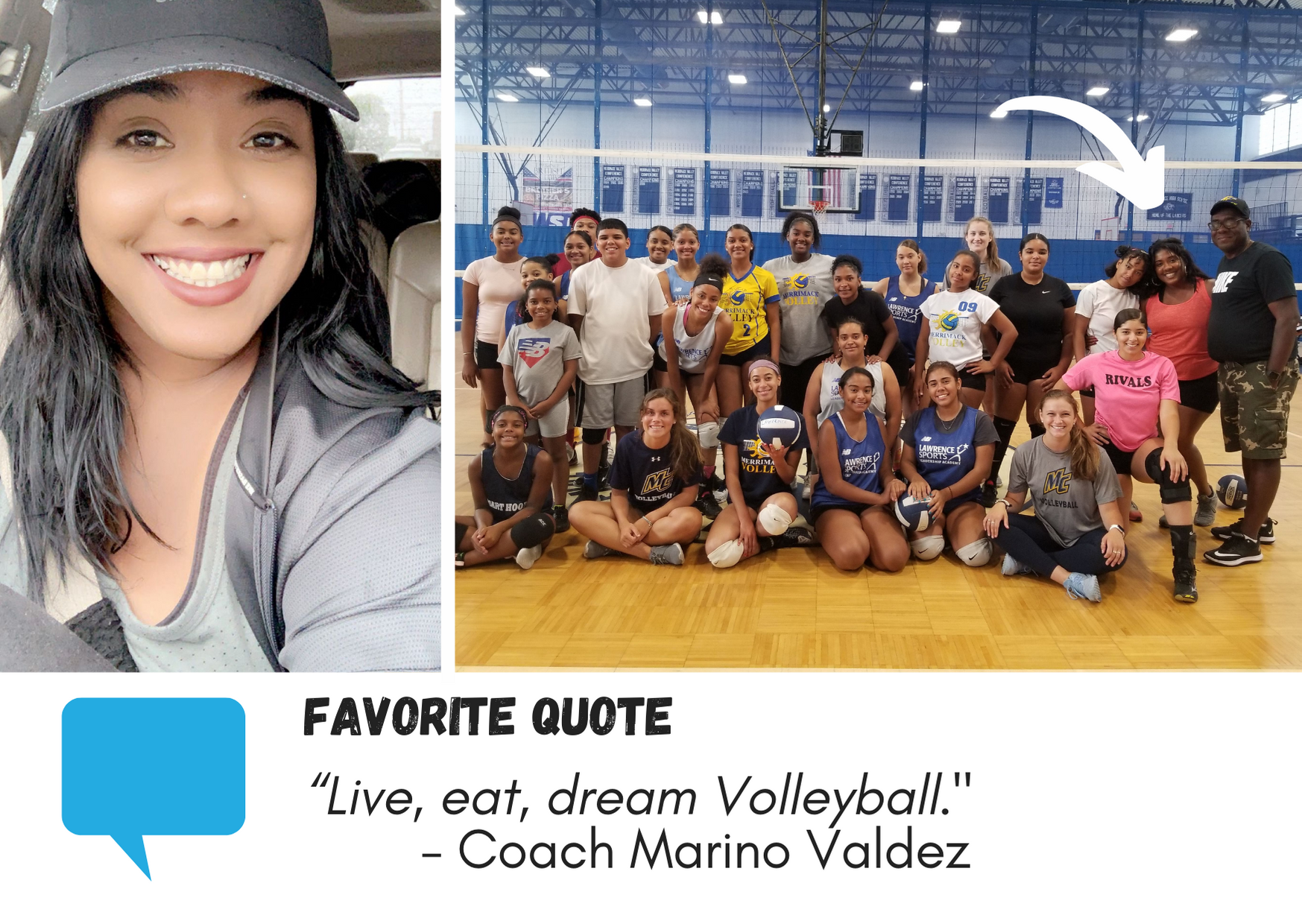 Assistant Director of Beyond Volley

Volleyball Coach, Marleti "Leti" Valdez, moved to the U.S. with her family from the Dominican Republic when she was a child. Not too long after arriving in the states, she would earn her position on the high school varsity volleyball team as a freshman.

Why you enjoy coaching: "Being able to be a best friend and offer a shoulder to cry on when my players need it. I have always tried to put myself in their shoes and I try to be as understanding as possible. Seeing their faces during every practice or game as they hug me shows me why what I do is so important."

Fun(ny) fact about Leti: "At 13 years old I was translating for a New England volleyball club for my Dad. These early experiences lead me to find my greatest passion." 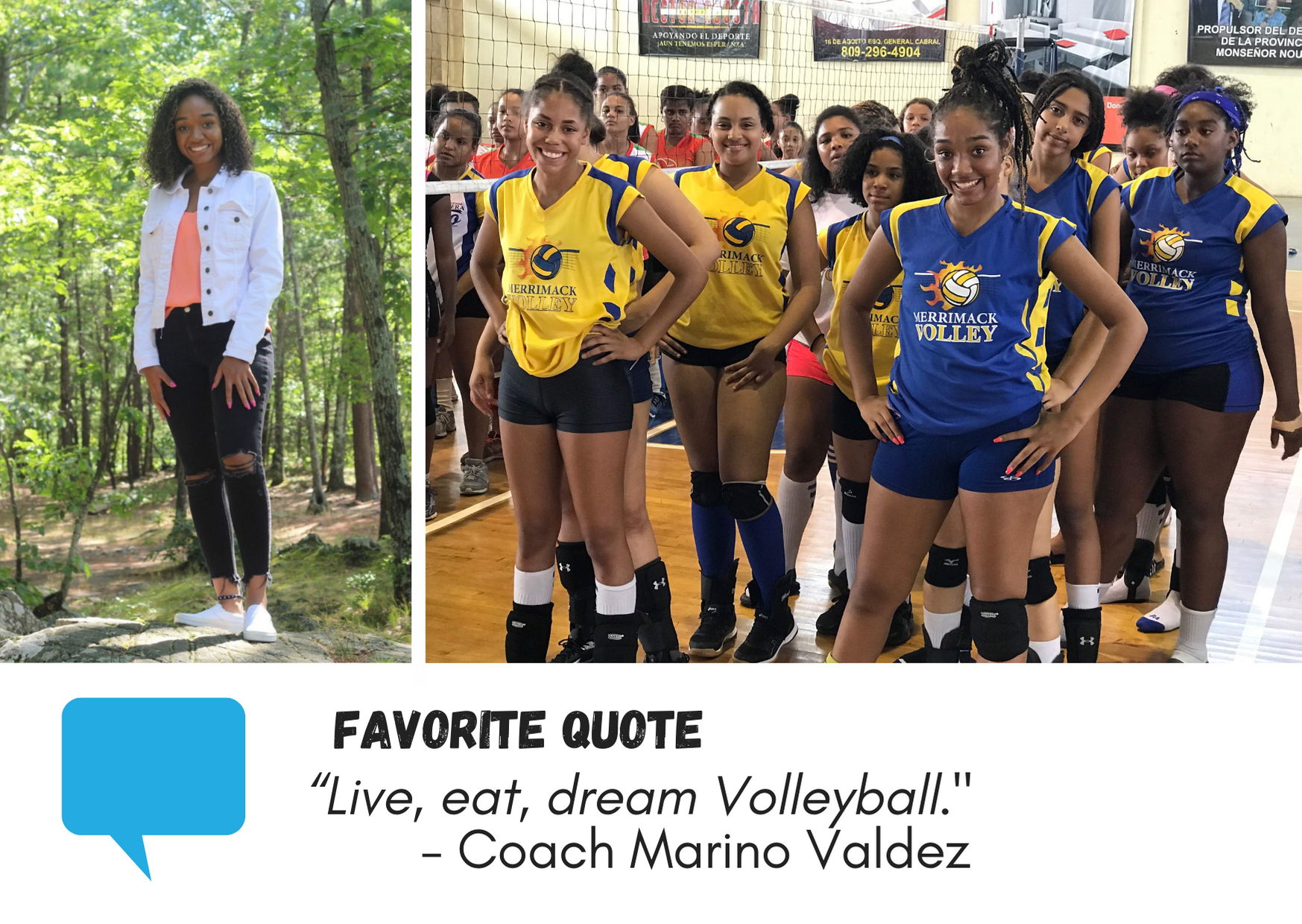 Lismari grew up with an interest in modeling and very little interest in sports. Her parents disagreed as to whether or not she should play volleyball, but after her father opened Merrimackvolley when she was in 8th grade, her interest in the sport grew. Lismari started to play competitively the summer before entering high school and due to the hard work put in with Merrimackvolley, she made the varsity team as a starting freshman. She also captained her senior season and earned Player of the Year in a nationwide tournament and Player of the Week by the Boston Globe.

Why you enjoy coaching: "I enjoy being able to show other athletes that sports can help their self esteem, confidence, and leadership skills like volleyball did for me."

Fun(ny) fact about Lismari: "For the past two years, I had gotten injured during the state semifinals right before the game and still played. Those are also my two highest scoring games for the season"